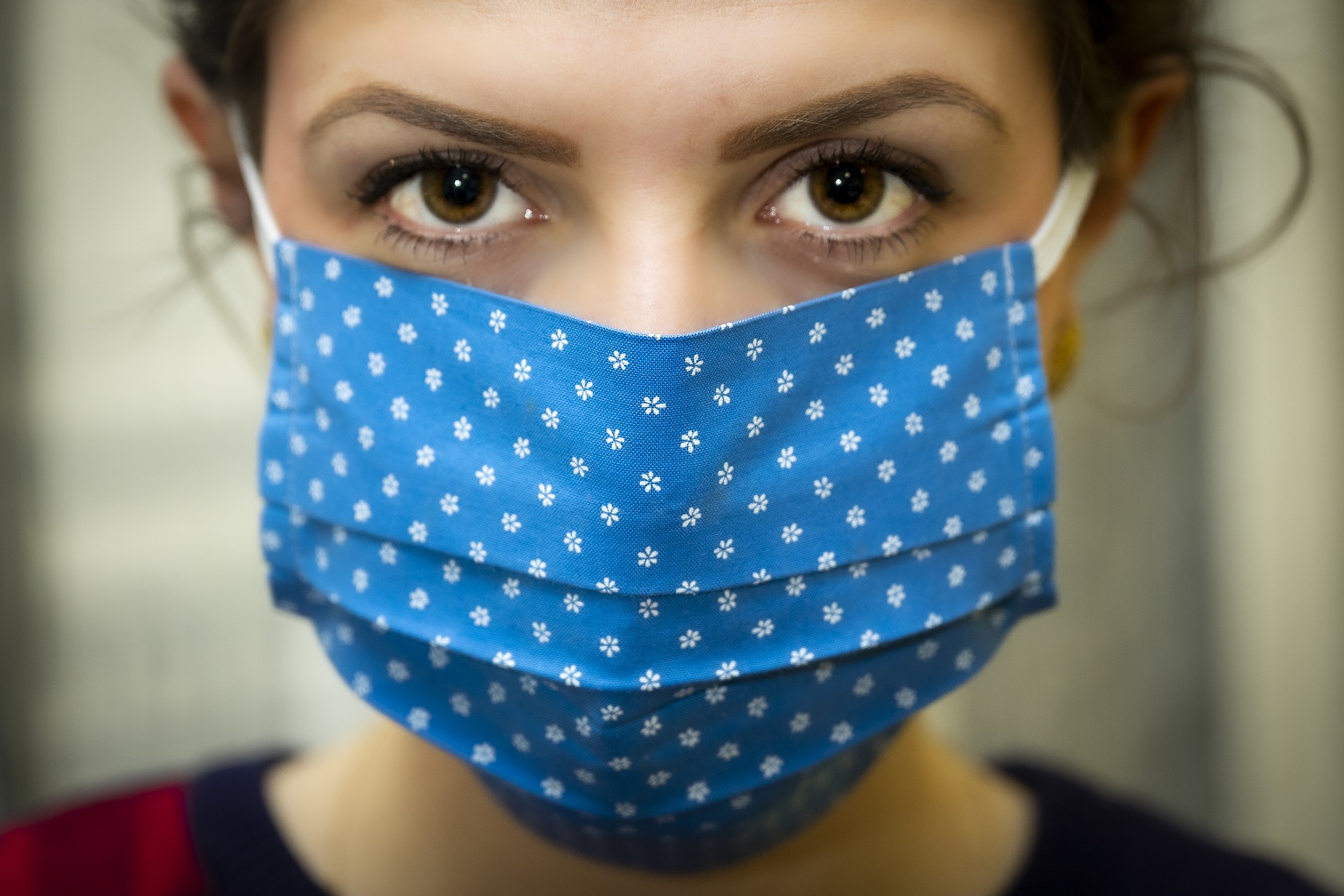 At the end of June / early July of the 1918 war year, a pandemic known as the Spanish flu, which had already killed thousands abroad, also reached the German Empire. 25 to 50 million people have died worldwide, and the disease caused by the influenza virus A / H1N1 has caused more casualties than in World War I (about 17 million people died).

The effect was comparable to the 1348 plague. It was not possible to determine the exact number of deaths because statistics were not retained in many countries as a result of the turmoil of the war. Compared to other flu waves, this had the peculiarity that mainly 20-40 years old succumbed to it. Other influenza viruses, on the other hand, pose a particular risk to infants and the elderly, with mortality rates estimated to exceed 2.5%, compared to about 0.1% in previous influenza pandemics. Overall, about one-fifth of the world’s population has been infected.

This serious illness was named “Spanish flu” because of the first news from Spain, which was neutral during World War I. The country is subject to free censorship, and at the end of May 1918, more than 8 million inhabitants, including Alfonso XIII, were reported ill. In Madrid, one in three residents got the flu and public life stagnated.

However, other countries have suppressed such information. For strategic reasons, reports of illness on the front lines of the German Empire were not allowed. However, in the summer of 1918, a German newspaper wrote about a case of private influenza. To avoid panic, it became widespread that there was only one death for every 500 sick people. Occasionally, the disease was also called “lightning catarrh” or “Flanders fever.”

Oxygen deficiency often resulted in a bluish-black discoloration of the skin. Most deaths were due to pneumonia as an additional complication. Due to the special proteins contained in the virus, the virus proliferated very rapidly, causing pneumonia. Some patients developed mild symptoms and recovered quickly, while others died of pneumonia with heavy bleeding. Comparing the COVID-19 in the present time, the virus also influences or somewhat spread easily on many things.

The fact that especially young adults had the Spanish flu was probably due to the fact that this age group had little contact with H1 flu at a young age, in contrast to older and younger people. .. Her immune system was primarily faced with H3N8 mutants and was not ready to fight the flu with the H1N1 protein. Most of the victims did not die from the flu itself. It only paved the way for bacterial infections, especially pneumonia. Overcoming illness often followed weeks of severe fatigue and fatigue. The general result was neurological dysfunction and depression.

In many countries, there was a post-epidemic epidemic until the 1920s, after which it occurred in Europe during the “normal” winter months. Researchers have concluded that the virus is directly derived from the avian influenza virus and has infected humans by mutation. Such an aggressive influenza virus has never occurred. At this present time, we still need to clean and disinfect our areas especially our homes, and the things we usually touch like our pets using a cleaning machine, see https://bestultrareviews.com/best-carpet-cleaning-machine-for-pet-urine/, to prevent such viruses.

In our ever-changing digital era, the usage of technology is continuously growing. It affects every part of our lives, from our chance to interact with loved ones to obtaining information at a few clicks. Sadly, we have also observed several adverse impacts of technology on mental well-being as well.

While technology has freed up links for people to easily obtain information, assist, and help, there are notable risks linked with its prolonged usage and pressure such as comprar likes instagram. With technology being more common in kids’ lives, it’s essential to decide what age children must use mobile devices as there can be permanent impacts of phone usage at an early age. Particularly, screen time and internet use among children and adolescents have been associated with an improved pervasiveness of mental health issues. The impacts of technology on kids and teens can have an effect on social skills, their growth and can be associated to several subsequent factors. Research has shown that too much use of the internet, particularly among teens is becoming a widespread issue. It has been a trigger to depression– symptoms that usually result to diagnosable mental conditions and worsening issues that were already begun. Overall, when it comes to the relationship among screen use and both physical and mental health issues, there have been many studies that recommend prominent levels of screen use in kids and teens are linked with lessened physical activity and low self-esteem.

The impacts of technology on kids and youth are not only growing to a bigger population, but they have also proved to be long-term. To put things into viewpoint, about 50% of lifetime mental disorder cases began at the age of 15 and 75% began by the age of 23. With this in mind, it is essential to take cautionary measures to control possible risk factors for our kids, such as access to technology. These steps can involve including parental powers to limit the number of time your kids can have on their mobile devices or while watching. It is essential to keep in mind how a kid’s exposure to technology and social media can give a permanent impact on their mental well-being.

Indeed, a 花束 of flowers are beautiful. It can be bought online and choose a design and arrangement with your florist. Nearly everyone is using flowers as a way to express what they feel. In fact, even in the past, flowers play an important role in folk tales, texts, religion, and myths. In addition to using it as an expression, they have become pretty popular too due to their herbal quality. Throughout the years, people started looking for ways on how they can buy flowers easily.

With the inception of eCommerce, many florists have tapped the internet space and started offering their services online. If you are considering to use such service, make it a point to check out the following points first.

When in the selection process of a florist, it is imperative to look at the price. Having said that, see to it that you have done thorough research in performing price comparisons. This is going to give you the average range of how much to expect for the 花束 and delivery as well.

Furthermore, this can help in eliminating service providers that charge ridiculous fees for low-quality flowers.

Regardless of the business and the industry they are in, one thing’s for sure, there will definitely be customer reviews in it. These reviews shall never be taken for granted. These are real customers who already made a transaction with your desired florist in the past.

Now, based on the review they left, it is going to give you a great idea whether the seller is a good pick or not. You can see how they are interacting with their clients, their service, products and a lot of vital information.

Number 3. What are their Payment Options?

While you’re choosing your flower delivery service, you need to take into mind the payment options as well. Remember this, any trustworthy and reputable florist will always offer secure payment options. With a dependable payment option in place, it ensures that customers are protected from any kind of fraud and compromise of sensitive information.

As the Autumn season is here, we can expect leaves everywhere on the streets. And of course, the street sweepers. But recently street sweepers are no longer using brooms. Instead, they use a device to help them ease their task – the leaf blowers. And while cleaning services and some residents like to use these cleaning devices, environmentalists consider this as air polluters. So what should street cleaners use – brooms or leaf blowers?

In the city of Stuttgarter, the Green District Advisory Council describes the sound of leaf blowers. He said it sounds like a baby whaling or plain just noise. The employees of the municipal waste management company (AWS) are sometimes out and about in the early morning to clear the lanes, sidewalks, and squares of leaves. This year, given the long late summer, according to AWS, their season would not start until mid-October, a month later than usual.

District councils from other parts of the city and also from his party want AWS employees to be obliged to turn against it. The Greens in the west of Stuttgart submitted a corresponding application to the district advisory council in 2017. The SÖS / Linke-plus parliamentary group recently called for a ban on leaf blowers in the Vaihingen district council.

The wind instrument generated a sound level of over 100 decibels, which is harmful to human hearing, warns the environmentalist organizations. That corresponds to the noise of jackhammers. If an internal combustion engine drives the devices, exhaust gases are produced. The emissions then also contribute to pollution. Leaf blowers also whirled up the habitat of small animals. Suction devices are also used that kill the animals on the spot.

The waste management industry points out that they would like to leave the devices in the shed – and also explains why they don’t. “The AWS company would generally forego leaf blowers if enough personnel were available to remove the leaves in a reasonable time without these technical aids,” says AWS spokesperson.

Read also: Why Use Impact Drills For Your Daily Workshop?

While there are continuous developments that may take the place of leaf blowers, environmentalists still advocate brooms and rakes in spite of all complaints about the time involved. The campaign is for maximum environmental protection that’s why many cleaning devices such as leaf blowers and suction devices are questionable.